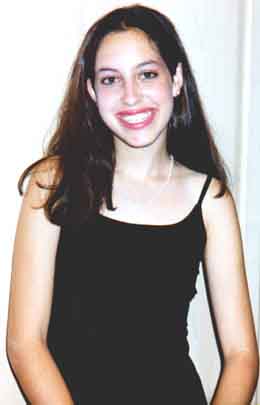 My best piece of advice is to find a credible pump trainer whom you can meet with regularly until you can do your own trouble-shooting....July 7 last year Melissa wound up in the E.R. because we panicked over possible impending DKA - The ER staff was essentially useless, sorry to say - They even brought down a pediatric resident who had just finished a stint in Cincinnati and he had NEVER seen a kid on a pump - He assumed it was surgically implanted - so of course we wound up giving him a crash course in diabetes - We were there about 3 hours, during which time all they did was hydrate her to the tune of an $1100 bill - including my personal favorite charge: $50.00 for using THEIR one-touch meter even though ours was right there!! The problem stemmed from us not realizing that by the time you get a NO DELIVERY alarm, you've already missed 2 to 5 units - which at .6/ hr could have been a lot of hours without any insulin.....

After meeting with Gary Scheiner C.D.E. several times, the next time Melissa was in the high 300s, we knew to a) give a shot immediately b) guzzle water c) change out the infusion set..... We didn't even bother checking for ketones, because I just assumed they'd be there & the immediate correction steps were working.... So we've managed to handle potential problems this way - She also checks 6-8 times /day to be sure everything's OK. We also have been pretty successful with figuring out WHY there was a problem such as 1) the time the tubing wrapped so tightly around her body while she was sleeping that it just snapped!! 2) the time she was doing her homework on her bed, cutting out current events & accidentally cut through her tubing which we discovered when she woke up in the middle of the night having to pee!! 3) the time the COMFORT ( also called TENDERS) infusion set didn't snap together properly & separated while she was working at camp....

Because these incidents are fortunately infrequent, she now knows that she MUST check anytime she wakes up in the middle of the night, because there's usually a reason for it...

Also, whenever Melissa wears short skirts or dresses, she wears Calvin Klein bodyshapers ( sort of like super stretchy teeny bike shorts) & puts her pump alongside her inner thigh. The body shaper holds it in place, but if she's out too late, you can read "Minimed" on her skin when she removes it!! Free advertising!

Oh yea - the all-time best pump anecdote: One day one of her 8th grade classmates saw her take out her pump before lunch ( she keeps it in her pocket) & saw the SEL and ACT button and thought she was calling her broker to tell him to SELL stocks!!! Cute, huh?